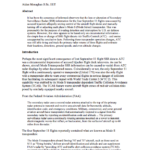 by Aidan Monaghan May 2017 Aidan Monaghan is an engineer and an open records researcher of the 9/11 attacks. He is the author of the book Declassifying 9/11: A Between the Lines and Behind the Scenes Look at the September…

Journal of 9/11 Studies: Index of Articles 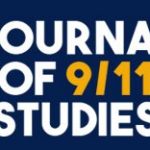 The Cause of the Destruction of the World Trade Center and the Admissibility of Expert Testimony Stevan D. Looney, March 2015   The “Strategy of Tension” in the Cold War Period Daniele Ganser, May 2014   9/11 and the Advent…

The Cause of the Destruction Of The World Trade Center Buildings on September 11, 2001 and the Admissibility of Expert Testimony 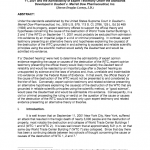 Under the standards established by the United States Supreme Court in Daubert v.
Merrell Dow Pharmaceutical, Inc., 509 U.S. 579, 113 S. Ct. 2786, 125 L. Ed 2d 469
(1993) and its progeny, expert testimony offered to support the official theory and
hypotheses concerning the cause of the destruction of World Trade Center Buildings 1,
2 and 7 (the WTC) on September 11, 2001 would probably be excluded from admission
into evidence by an impartial judge in a civil or criminal proceeding. In contrast, expert
testimony presenting an alternative theory and hypotheses explaining the cause(s) of
the destruction of the WTC grounded in and adhering to accepted and reliable scientific
principles using the scientific method would satisfy the Daubert test and would be
admitted into evidence.

Read more ›
Posted in Articles, MUST READ Tagged with: Law

The “Strategy of Tension” in the Cold War Period* 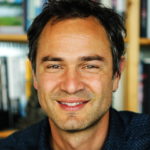 Historians today and in the coming years face a challenging task: they must write the history of the events of September 11, 2001. What they write will be taught in history classes. But what will they write? Will they write that Osama Bin Laden sent 19 Muslims to launch a surprise attack on the U.S.? Or will they write that the administration of President George W. Bush was responsible for the attack, either constructing it or deliberately permitting it in order to shock the U.S. population and to create a pretext for increasing military spending and attacking Afghanistan and Iraq?

9/11 and the Advent of Total Diplomacy: Strategic Communication as a Primary Weapon of War 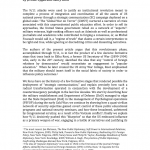 The 9/11 attacks were used to justify an institutional revolution meant to complete a process of integration and coordination of all the assets of US national power through a strategic communication (SC) campaign deployed on a global scale.1 The “Global War on Terror” (GWOT) nurtured a narrative of crisis associated with this unprecedented public education effort. In order to sell its approaches, the United States government relied on a network of “experts”: military veterans, high‐ranking officers such as Admirals as well as professional journalists and academics who contributed to forging a consensus, or, as Michel Foucault would call it, a “regime of truth” that claims a certain interpretation to be right and true, while ignoring or discrediting critics and dissenting narratives. 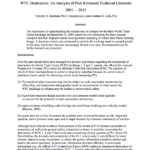 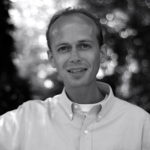 Posted in Articles Tagged with: Militarization

The Moral Decoding of 9-11: Beyond the U.S. Criminal State 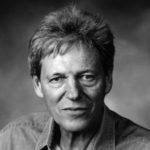 Posted in Articles Tagged with: Morailty

Were Explosives the Source of the Seismic Signals Emitted from New York on September 11, 2001? 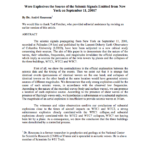